Audeze Live - We chat with the experts from Lurssen Mastering in our 7 part video series about their craft and its future.

Brent Burge is a Supervising Sound Editor working in all visual mediums. He's worked on dozens of hugely recognizable films, TV programs and video games, such as the Lord of the Rings and Hobbit trilogies, Call of Duty, and most recently The Beatles Get Back.

Audeze Live - Our video interview with musician and I See Stars and Shybeast frontman Devin Oliver.

Carolina Antón is an internationally recognized leader in the field of live sound mixing, systems design, and optimization of sound reinforcement. 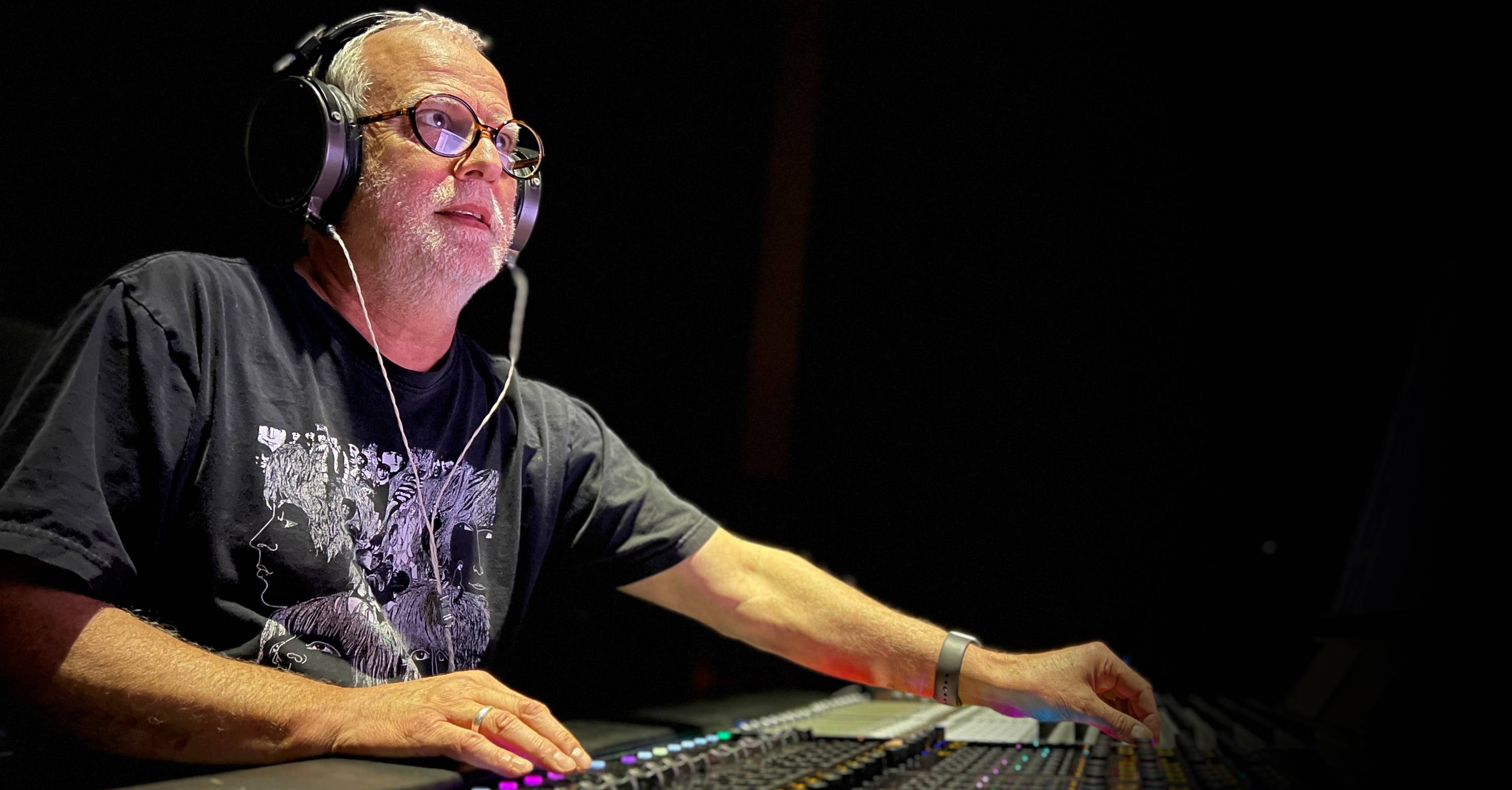 "The LCD-X’s were stunning in presenting the range and sonic transparency of what we needed to hear for confidence we were on the right track... "

Brent is a Supervising Sound Editor working in all visual mediums - be it Film, TV or AR/VR. He's worked on dozens of hugely recognizable films, TV programs and video games, such as the Lord of the Rings and Hobbit trilogies, Call of Duty, and most recently The Beatles Get Back. As of December 2021, Brent has won eight awards and received 25 nominations for his work, including two Oscar nominations.

Notable works by Brent include 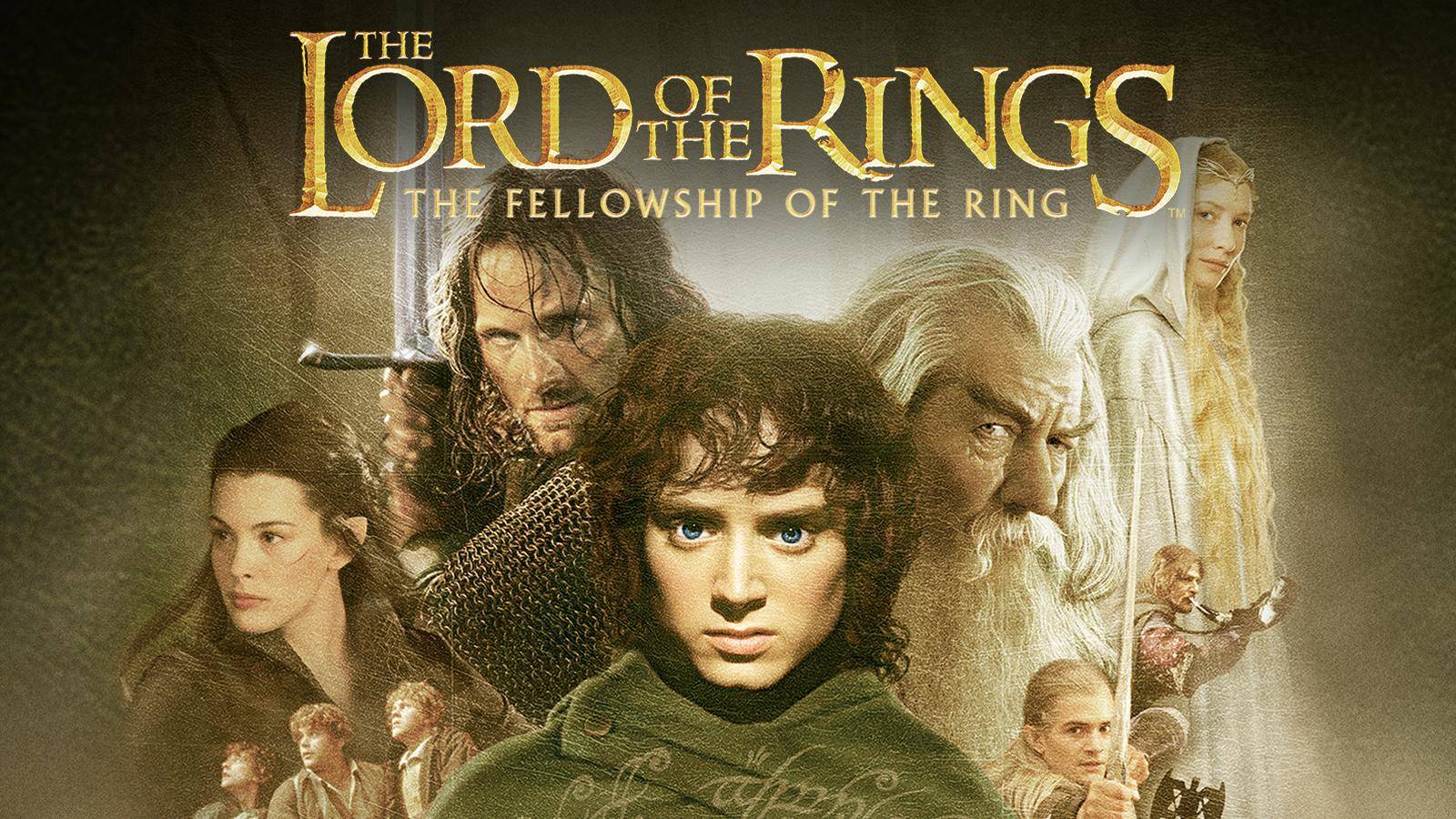 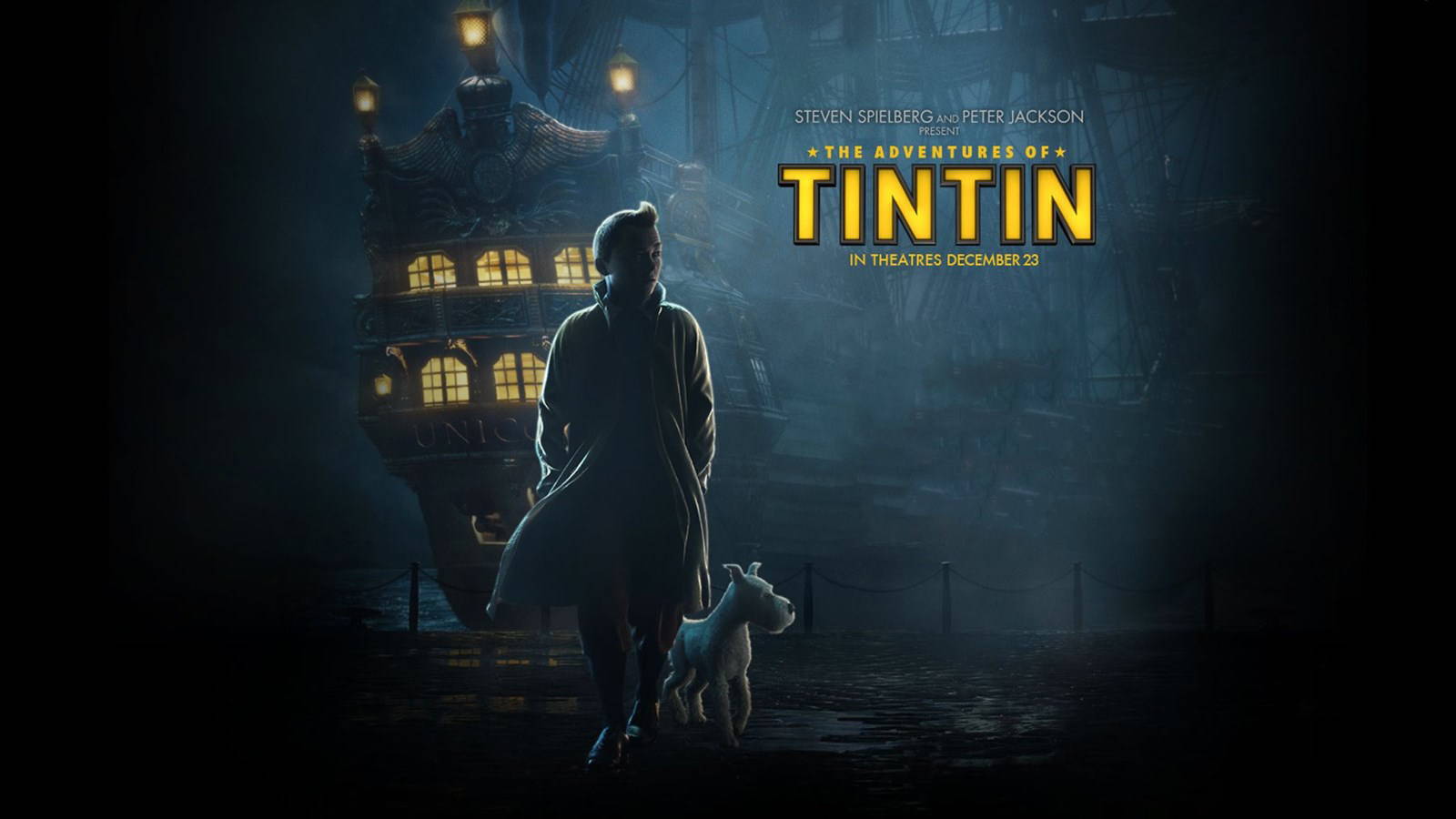 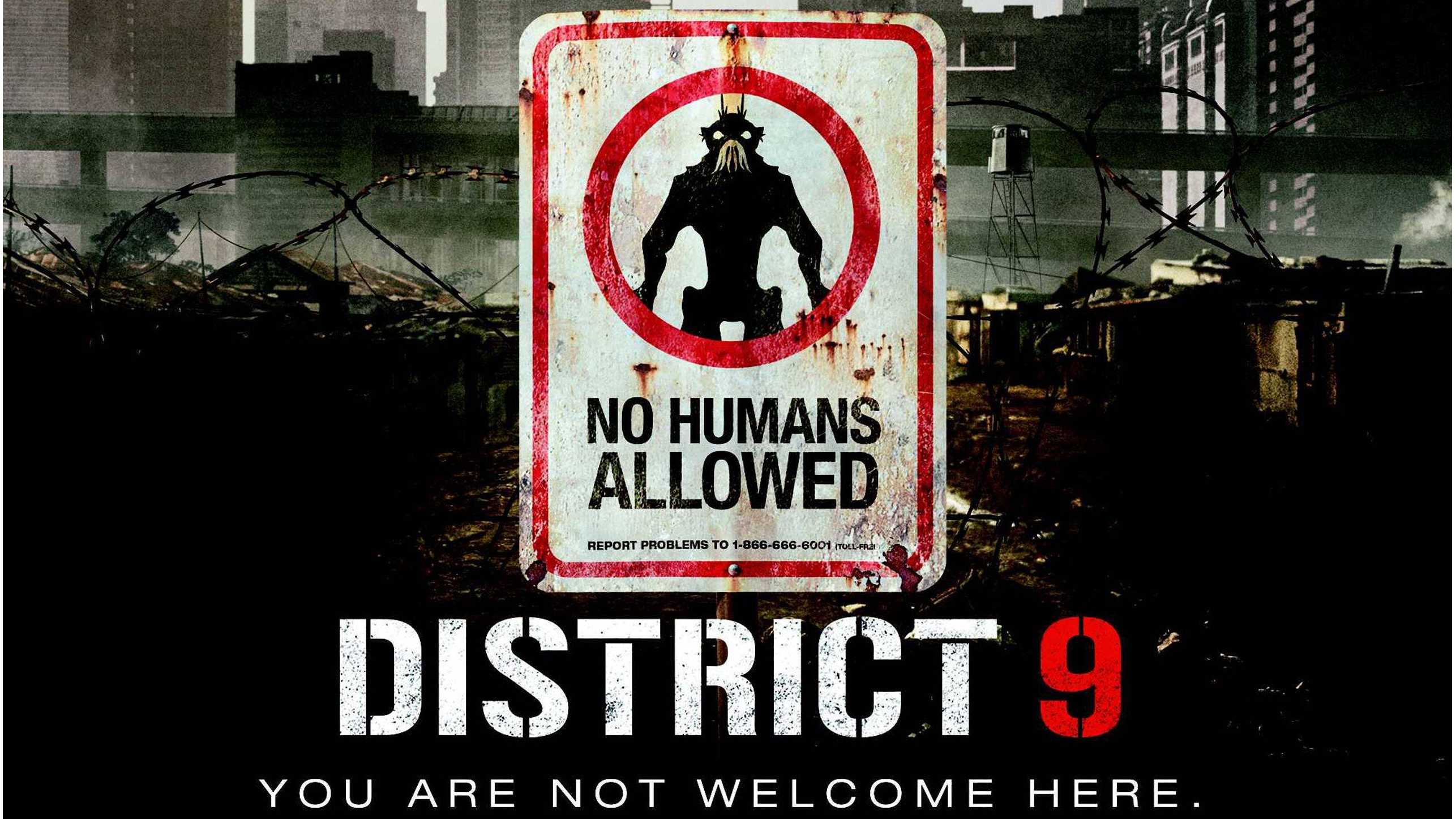 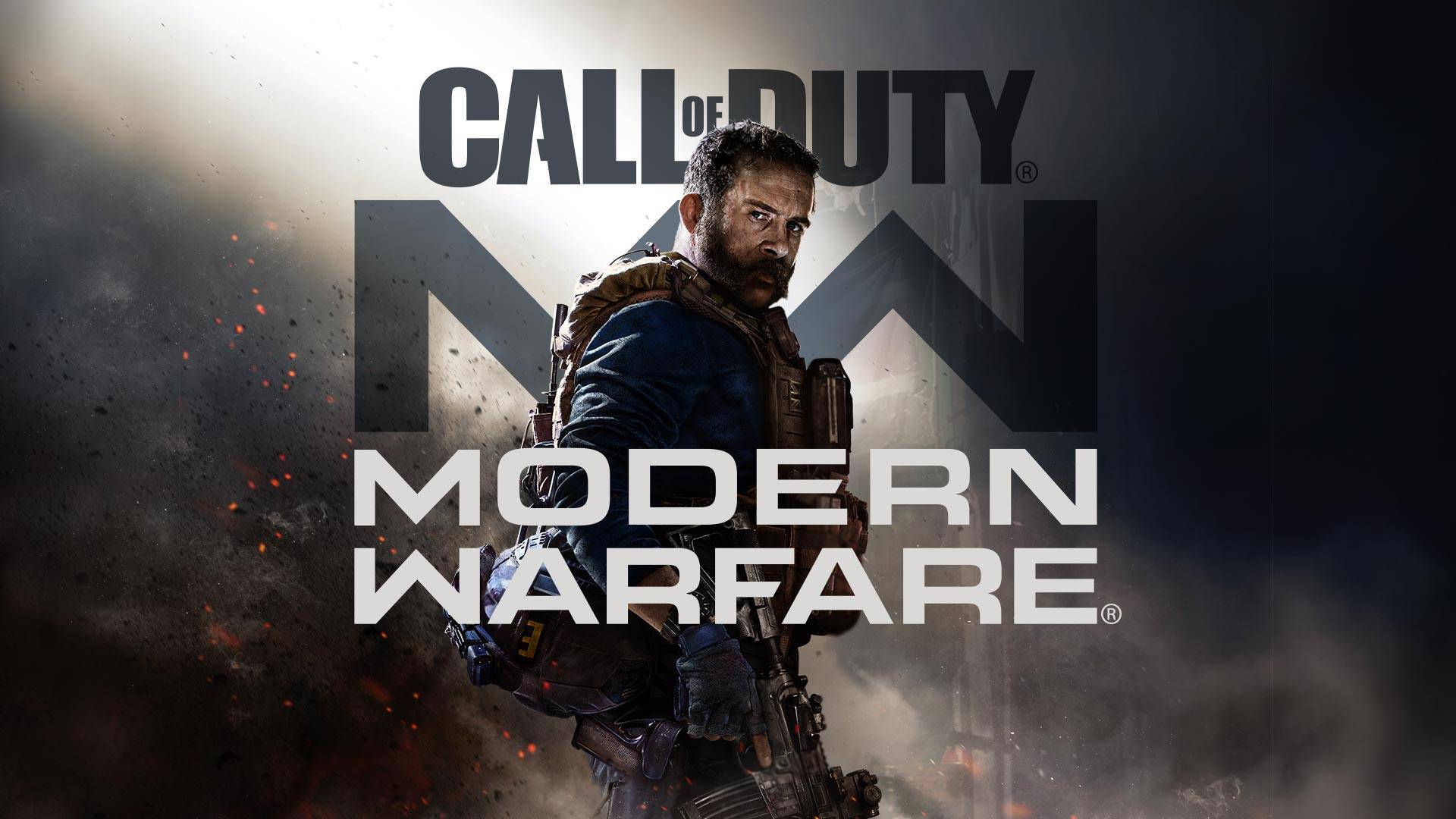 Can you pick out any favorites from your work that you're particularly proud of?

We have had the privilege of working with some of the great Sound directors. Tintin was a highlight, District 9, but the shows that have allowed me the most freedom have been with Peter Jackson.

How would you define your main role on most of the projects you work on?

I am a Sound Effects person, but my training was in Film Mixing. I love editing and conceptualising Sound Effects, but my role in the last few ears has moved into Supervising a crew of outstanding Sound Editors, so I do less of the editing - and more wishing I did! 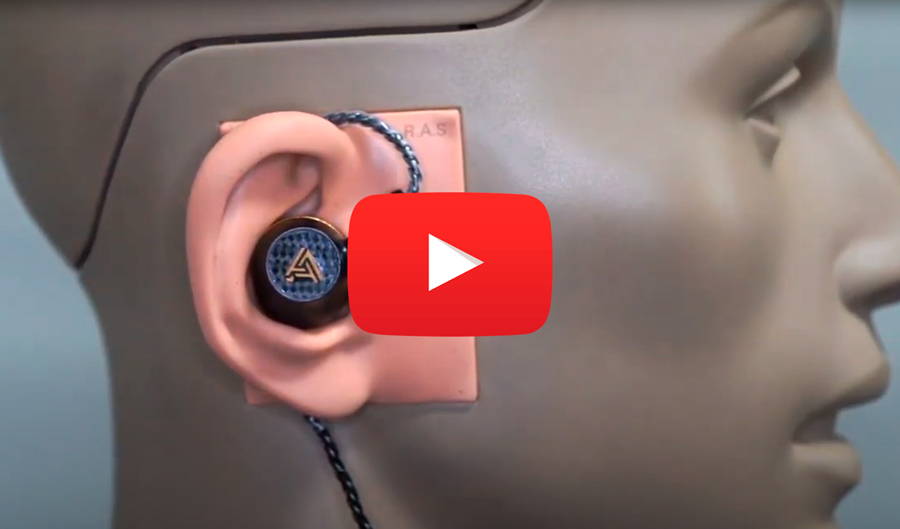 How did you get started in audio production?

With a close friend Andrew Congdon, we reconceived a Student Radio Station in Wellington NZ, and became the first FM radio station in New Zealand in 1982. That got me hooked (and Headphones played a big part in that). From there I worked in the National Film Library as a dispatch clerk (!), where we sent 16mm films to schools. That was my Film start. I then moved to the National Film Unit (a govt funded body that made Doco’s and Tourism pieces) where my start in Film Mixing started.

Can you name any factors you feel majorly influenced the course of your musical life? Heroes, role models, moments, interactions, etc?

In the South Pacific in the 80’s & 90’s we could only listen to very poor representations of the soundtracks coming out of the US - the theatres were so bad. Then Jurassic Park arrived in ’93 and everything changed for me. I remember the sound of the film booming from outside the theatre! It opened up to me how sound can transform an experience when given the chance. Although I was working in Australia on an early AudioFile Logic 2 Console mixing Commercials, I was invited to return to NZ and work on Peter J’s The Frighteners by Mike Hopkins, a legendary Kiwi Sound Supervisor. Along with Mike we had the absolute brain exploding privilege of working with Phil Benson, and Randy Thom from Skywalker Sound. These 2 and the sonic inventiveness of Gary Rydstrom and Chris Boyes were enormously influential on us, and me in particular, and continue to be so.

Can you briefly describe a moment of frustration from your past work, and what you may have done to overcome the obstacles? Would you approach it differently now?

I think when we have frustrations in our work in New Zealand - we don’t ponder what might have been - we find solutions and implement them. We are known to work on the Bleeding Edge. I had frustrations on Lord Of the Rings in cutting the detailed combat... I had to develop a system that could deliver my work to the Mix Stage with Chris Boyes, that represented the spatiality around an avalanche of material hitting the faders... We solved this by presenting LCR bussed elements. We had never done that before. We then moved through Bussing 5.1, 7.1, and now of course Live Mixing is the norm. We were doing this in the early 2000’s.

Is there any gear you find yourself turning to most when working on a project? What are some of your favorite tools/instruments recently?

Microphones would be the initial source of gear we turn to in my line of work. We record everything and rely little on existing Libraries. In New Zealand you can drive 20mins and be in the middle of absolutely nowhere and have perfect recording environments. The Soundfield mic has been one that has opened my eyes from using more Cardioid patterned mics we usually record with (for isolation). For wider ambient recordings in B-format - nothing beats it. Loms and of course, the Sennheiser range are also favourites.

In Sound Post - I have always leaned towards plugins that control Sound (as opposed to create it). Compressors and EQ play a major role in this, and Fab Filter has always been a favourite - and now they are moving into Multitrack processing - the horizon is expanding. Others are iZotope RX advanced of course, and with the advancements of Soundminer and its VST rack (and Radium in the new version), Charles Deenen and Dave Farmer have been hugely influential in influencing my approach to Plugin Chains. Sounds are processed and committed on the way IN to Pro Tools as opposed to pulling over the raw files and processing in the DAW. This implies we are always learning. We adjust the way we approach the work based on the knowledge of those who inspire us.

Do you have any words of wisdom for people who might aspire toward a similar path for their own careers?

How long have you been working with headphones, and how do you typically use them in your workflow?

All my audio life I have worked with Headphones. Student Radio days through to Film QC’s and Nearfield Mixing. Binaural experiments including radios shows recorded through Dummy Heads - nothing is off limits. I love sonic immersion, and with the advent of the Audeze perfection in sonic reproduction - Headphone playback is the next frontier, but its a tough road to get right.

During the Lockdown here in NZ we went to Level 4 which was "stay home". We had ongoing work to do so I moved my iMac Pro rig home and pondered the issues with what to do with Speakers. The solution was simple - if I had a headphone solution I could leave the bulk of my rig at work and just move my iMac and interfaces. That's when the Mobius Solution came into play!I didn’t need anything more to move home than my iMac Pro! Mobius has its own 7.1 DSP interface built in and includes head tracking!! It was an absolute Godsend.Although surround can be so subjective in its reproduction in Headphones, here Mobius knocked it out of the park with its head tracking - you could turn your head to the side to get a clear sense as to how the soundtrack was working front to back, and with the Mobius Reverb set very low, playing in 7.1 gave a critically useful image and balance. It wasn’t Mix critical - but it was such a step forward that I could not have achieved with a standard Headphone. Moving back to the facility after the Lockdown eased was done in an hour.Compare that to having to transport a full rig of interfaces and speakers … Couldn’t have happened.

What was the audio like during your recent work on Peter Jackson's "Get Back" film series about The Beatles? Was there a lot of reconstruction to do from those tapes?

The Get Back show was a huge challenge for us in Post Sound - we literally were thinking and adjusting our approach as we progressed, and landed on a solution that was still developing unto and beyond the end of our time on the project.

The issue we had was “simply” that we had as our source material a mono Nagra location tape recording for the bulk of the timeline that had to be upgraded to an immersive Dolby Atmos Final Mix!! Once we got to Savile Row in parts 2 & 3 we did have some 8 track material (when Glyn Johns wasn’t recording over takes!).

The show itself was created by Peter with a “Fly on the Wall” approach with no Voice Over, no current day contemplations etc - which is a credit to Peter and his Picture Editor Jabez to create this over the 8hrs of the show.

The approach we took in Sound was that everything had to be sourced from that mono Nagra recording with light support from Foley, and only ambiences sourced from that period. This meant there was no reconstruction to speak of apart from what we could extract from the mono tape for that sequence... we broke some boundaries getting to the soundtrack we wanted - and remained firmly on that bleeding edge!

Did your LCD-Xs play a role in that work?

The LCD-X’s were one of my key tools in my role in mixing the Show. As the project was going to play on the Disney+ streaming site, a near field Mix experience was required, with the knowledge that a lot of the audience would listen to the show on their laptops, with the possibility of headphones as the playback medium.
As we Mix in studios with reference monitors, we also needed reference headphones to reflect that headphone experience.
It’s not that we didn’t check on “real world” equipment, just that we required a reference environment as the first experience - and Audeze were the natural choice, and I was delighted I could apply them directly to this show. The LCD-X’s were stunning in presenting the range and sonic transparency of what we needed to hear for confidence we were on the right track.